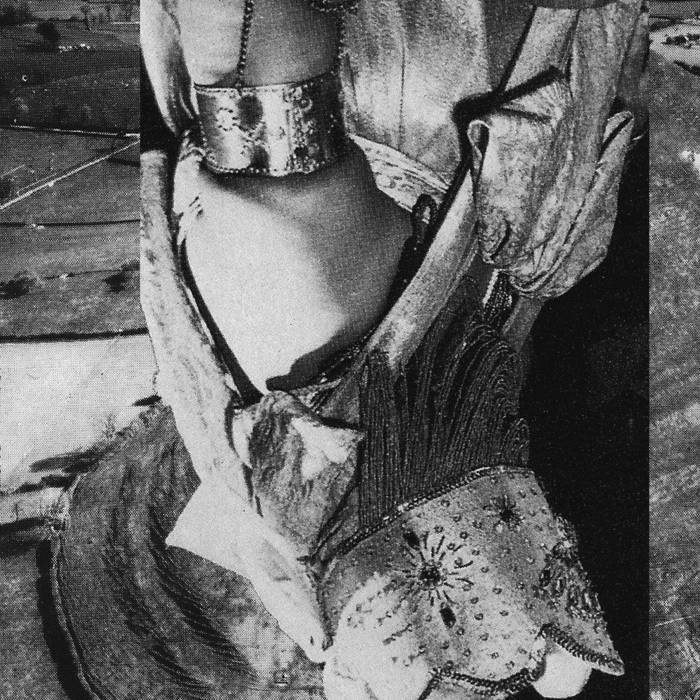 caroline mckenzie Absolutely cracking collection of what's happening in the Glasgow-based underground right now - The Charity Murder tracks are particularly amazing and everything else is not far behind. Support! Favorite track: Pressed Witch Bury.

At long last....ATWAR100! I've been "keeping" this catalogue number for years until something important enough came along which warranted the honour, and I'm currently at around ATWAR210 so it took a while!

This record for me encapsulates everything I hold dear with putting out records, and I feel it shows what At War With False Noise has always been, as will always be about. The music is by my friends. The bands aren't part of any on-trend scene. It likely won't get many reviews, cos nobody is pals with any cunts in the know. I spent bloody hours putting it together and getting spray glue over everything in my garage. I've listened to it hundreds of times and I still love it.

The idea for this came about when I came to the realisation that small labels (maybe me too) were concentrating on releasing or reissuing stuff that has fuck all to do with them. At War started because there were a bunch of people in Glasgow doing music that only really people in Glasgow were hearing. It wasn't particularly "marketable" but it needed to be heard, and get out there. And so I started a label to enable that to happen. And it worked! Further to that, the art of the compilation has gotten lost somewhere along the line too. Classic industrial comps like The Elephant Table Album on Xtract, The Second Coming on United Dairies, Statement on Broken Flag and weirdo punk collections like Batcave Presents, Business Unusual....they all brought together a bunch of artists that maybe didn't SOUND the same, but had an aesthetic cohesion that just worked as an album in its own right. This is exactly what I tried to achieve with this record, and cos the bands are absolutely fuckin great, I think we did!

The two Charity Murder tracks are probably the most "conventional" tunes here, sitting somewhere in the realm of early 80s goth a-la Second Coming/Part One/Skeletal Family with a more bombastic sound and Robert Smith's guitar tone from the three good Cure albums (you know the ones). There's absolutely a big influence from The Fall (check out the bonus track on the tape, Julie...bass line is well lifted off "Mountain Energi"), particularly in superb cutting sarcy lyrics. This is music that couldnae have been recorded by a southerner.

Hausfrau gives two tracks of light and shade; "Clean Hands" is a creeping piece of sinister, minimal synth built on a simple beat and a brutal buzzing WASP note, which utilises that "silence then note drop" to devastating effect. "Visions Of Love" closes the album from silence to a chorus of layered vocals and tones and is perfect in every way.

Vom are one of the most important bands on this label and it was obvious they be on here. Their sound has become more esoteric and mysterious over the years and the two tracks on here are testament to that. "DMT" is built around a heavy bass line and doesn't really have a conventional structure at all, building up through weird ritual samples and effects. It sounds like what might happen if you took a bunch of mescaline and got locked in an underground bunker. "Mirage" is the more conventional tune, a cold drum machine providing the basis for distorted whispered vocals, shimmering guitar, anchored down by the Vom trademark heavy duty bass and gothic synth lines.

Schalken continues to be the most enduring dark ambient I know of, and this is maybe his best track yet. One long exercise in sustained, slowly-shifting tone, it's really reminiscent (aesthetically anyway) of Maurizio Bianchi's classic "The Plain Truth" or Coil's "Time Machines". It's minimal, but totally engrossing throughout.

Cursed Image (previously IO Pan) have been doing stuff together for a few years now but haven't got anything out, and Darren in particular has been working for YEARS on some of the best stuff I've ever heard coming out from Glasgow, but I dunno, lack of belief maybe has stopped him getting it out there. Which is a fuckin shame cos he's genuinely one of the most talented musicians and soundest people I know. The lengthy track these guys have on here absolutely blew me away. It's nearly ten minutes of absolute sustained tension constructed around minimal synth lines and Josh's deliberate intonation. Lyrics are based on Jane Arden's "You Don't Know What You Want, Do You?", breaking free from the rational mind. The closest comparison I can make is a band who don't sound like anybody - COIL - but that's a pretty lazy one and these guys stand totally on their own.

I'm IMMENSELY proud of this record and I hope it gets the kudos it deserves. A lot of work has went into this and I see it as a defining point of an aesthetic, and a kinda collaborative justification of what this label is all about! Unjoy.

Label based in Scotland. No genre boundaries.

I welcome trades with other labels.

Bandcamp Daily  your guide to the world of Bandcamp